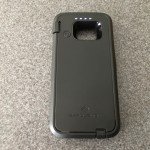 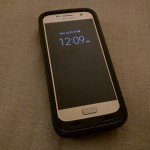 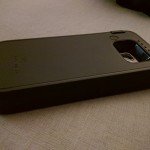 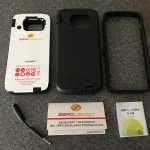 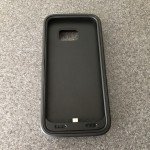 The ZeroLemon case is built like a tank.  It is a multi layer case with a plastic shell that encases the phone and battery, with a soft rubber cover that goes over it and also provides flaps to cover all the ports.  The case is well made and should survive a drop with ease.  Even with the heavy protection the buttons on the phone still felt nice and all ports were accessible, although the headphone jack requires the included extension.  Like I already stated this case is extremely large.  It does fit in my front pocket but it is a struggle and is not comfortable.  That being said, this case is not practical for every day use for the average person, but I do not believe it is intended to use that way.  This case would be perfect for someone that goes off the grid for an extended period.  I would highly recommend it for people that like to camp, hike, or bike for extended periods.  With my normal use my S7 lasted just over four days before I had to plug it in.  The case allows for simultaneous charging which is a nice bonus.  I really like that the case has a power button that will show you the charge level with a quick press or start or stop the charging with a long press.  I also like that the case has four LED indicators that display only when you press the power button, otherwise they are hidden.

Overall I am absolutely impressed with the quality and battery life of the ZeroLemon 7500mAh S7 battery case.  The large size and extra weight is a worthwhile trade off given how long it lasts and the protection it adds to the phone.  If you are someone that needs your phone to last very long before plugging it in, or if you just want the extreme protection this case offers, I would look no further than what ZeroLemon has to offer.

If you are interested in the ZeroLemon case it can be found here.