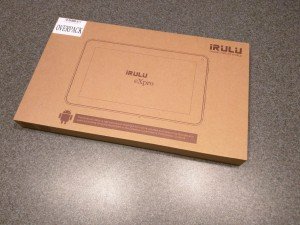 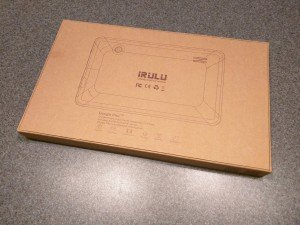 The iRULU eXpro tablet came packaged in a minimalistic fashion and includes micro-USB cable, a proprietary charging cable, and a quick start guide.

The tablet is constructed mostly of plastic but is well built especially for a budget tablet. The device came with a screen protector already installed. The front of the tablet is fairly plain except for a 0.3MP camera . On the right side from top to bottom you will find a power button, volume rocker, micro-USB port, charging port, headphone jack, micro-SD card slot, reset hole, and mic. On the back you will find dual speakers, 2.0MP camera, logo and other branding. The tablet features a 5500mAh battery, 1.3GHz Quad-Core processor, 1GB RAM, 16GB storage, and a 1024×600 10.1in display.

The overall build quality of the tablet is surprisingly good for the price. While it would be unfair to compare it to tablets that cost as much as eight times as much, it is built almost as well as some of them. The only place the tablet falls a little short is the feel of the buttons. They feel cheap and sloppy but do still provide a nice click when pressed. Every day performance is better than expected and navigating through the tablet while not blazing fast, remained smooth. The eXpro had no problem surfing the web, listening to music, and even watching 720p YouTube videos. The only time the tablet became slow and sometimes almost unusable, was while downloading something while a few apps were running. This is a sign of slow flash memory and one of the areas where money was saved. The cameras on the device are speced rather low but are on par at this price point. Pictures and video taken with the tablet are usable but will not be good enough to use for the family Christmas card. The speakers on the tablet are fairly loud but sound tinny and the screen, while plenty bright, lacks in color and looks washed out. The best performing part of this tablet was the battery. I was easily able to get a few hours of actual use out of it. 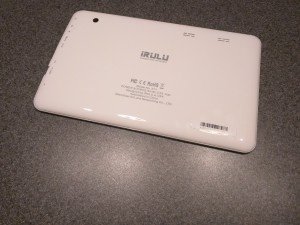 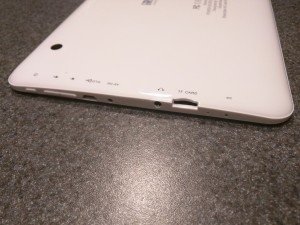 At this price point, many compromises need to be made on a 10.1in tablet. For the most part I believe iRULU has done a great job of cutting cost in the right places. The previous paragraph of this review may make the tablet sound like it is full of issues, but this is in comparison to all tablets, most of which cost much, much more. I can honestly say I have never used a tablet at this price point, especially a 10in, that was even usable. The eXpro is leaps and bounds better than most “cheap” tablets and will satisfy most kids or casual users. It will also make an awesome device to mount on the wall and use as a media player to a Bluetooth speaker, or a hub for a family to leave notes for each other, check the weather, etc. While this tablet will not win any awards, it makes a great inexpensive tablet and makes me curious to look into iRULU’s other offerings. 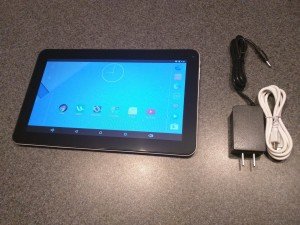 If you are interested in purchasing this tablet it can be found here and here.